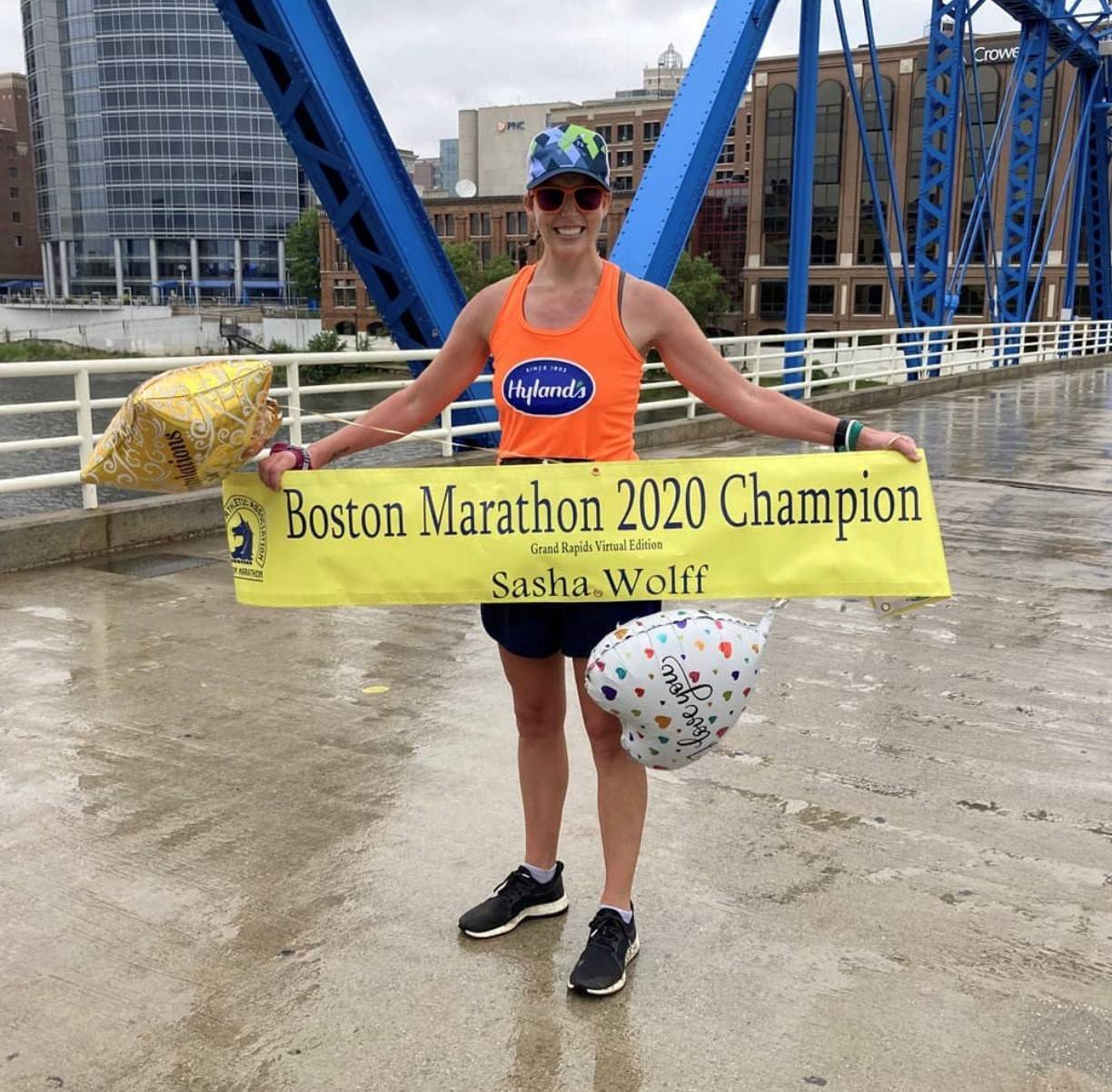 In 2011 I was hospitalized for depression. While receiving care at the hospital, I was encouraged to incorporate a healthy habit into my newly established mental health treatment regime of therapy and medication. Because my parents were runners, and because I’d dabbled in the hobby before, the healthy habit of choice for me was running. Little did I know that that choice would change the course of how I lived my life.

Shortly after my hospitalization, I tackled my first run, which was more of a walk. It was rough, and it was slow, but I felt accomplished when finished. Those of us that have been on the running scene for a while feel like everyone runs, but the truth is, not very many people take on the sport. Running isn’t necessarily easy. So, the fact that I could get out and run, even though I struggled to get out of bed some days, made me feel like a fighter. I was doing something difficult, and I was proud of myself for it.

You know the Yogi Berra phrase “Baseball is 90% mental and 10% physical”? Well, that phrase applies to running as well. Pushing through on hard days or hard runs takes a lot of mental capacity. It truly doesn’t matter how fit you are; if your mental toughness isn’t in the run, it’s easy to give up mid-run.

The mental toughness I continually build while running is something I apply to how I deal with my mental health. On those tough days where my brain is telling me I’m not good enough, or it seems like everything is crashing down around me and I just want to quit, I lean into the mental strength I know I have. I just have to stop and remind myself that I can do hard things, like run a marathon or survive this bout of depression. I’ve done it before, and I can do it again. With that mental toughness I’ve built up, along with therapy and medicine, my mental health toolkit keeps me going.

The Science Behind Running for Mental Health

There’s more to running for mental health than just building up mental toughness or feeling a sense of accomplishment. There’s a scientific component at play as well. Running, or any exercise for that matter, creates positive change in the brain, such as new activity patterns that disrupt the flow of negative thinking. It can also help your brain release powerful chemicals, like endorphins, which make you feel good, or norepinephrine, which helps your body respond to stress.

New research also tells us something called Runner’s High may be more than just a coincidental feeling of euphoria after a run. While it needs to be studied a bit more, some of the new research has revealed exercise releases endocannabinoids into the bloodstream and that those endocannabinoids are what help reduce anxiety and give a feeling of calm shortly after exercise.

Get Started Running for Mental Health

From my personal experience, the most important thing to remember when starting running is to grant yourself some grace. Yes, I realize this piece of advice has nothing to do with the actual act of running, but as I shared above, running is hard. There are going to be some good days and bad days, and it will be easy to get discouraged. Giving yourself the same grace you’d give others starting their running journey is important.

I also recommend making weekly goals or a plan of some sort. When I first started running, I’d lace up my shoes, head out the door, and just aimlessly run with no clear-cut plan of action. Because of that, it was very easy to just quit too early, or not even go out at all. Now I sit down every week or so and plan out how many miles I plan to do on what day, which gives me a greater sense of accountability.

Everyone Has Mental Health

By Sasha Wolff, Hyland's Powered Ambassador and Founder of Still I Run